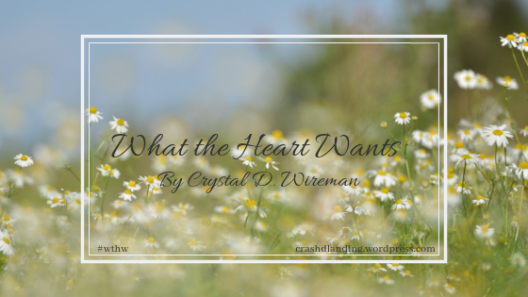 When the sun rose the next morning, Eliza didn’t get right out of bed to start her day. She laid under the covers and wished the sun away. Having gone to bed let, she hadn’t slept well. Her mind had raced back and forth between the events of the dinner at The Perry’s and then later with Thomas. And after what had, or hadn’t, happened with Thomas, she wasn’t sure she could to face him.

She’d thrown the covers over her head and was contemplating never coming out when Joanna skipped into the room and climbed onto her bed. “Good morning, Eliza,” she whispered to the blankets. She giggled happily when Eliza grabbed her and tickled her. Soon after, with a smile on her face, Eliza climbed out of bed to get dressed, and went downstairs.

After breakfast, Joanna went outside to feed the chickens, her favorite activity, and Eliza took her time cleaning up after the meal. As she washed dishes, she looked outside and saw Thomas working on the daily chores. She felt a mix of emotions about what happened between them. Confusion and frustration were among them.

But she also wasn’t sure what she felt about dinner with Randall Perry, either. She was unsure how to take his interest in her, much less what his mother, Lilith, had said to her. What had she meant that she’d be “just like the others”? What others, how many others? She’d heard rumors about Randall Perry, mostly while in school and mostly in passing. He’d made a reputation for himself, but she didn’t know too many details.

Eliza had known Thomas for many years, he’d spent most of his time on her family’s farm, helping with anything her father had asked of him. They’d basically grown up together. He was a hard worker, kind, and she considered him a friend. His family hadn’t had a great deal as he was growing, which was part of the reason he’d worked for Arthur Alcott. And yet he still worked for Eliza, even as she was unsure she would be able to pay him.

She stood gazing out the window, contemplating the differences between Thomas and Randall Perry, staring at nothing really, when she noticed that Thomas saw her at the window. He’d stopped what he was doing to look back at her. But when their eyes locked, she quickly looked away. In the second it’d taken her to glance back he’d looked away with his head down, eyes on his work. Eliza sighed and went about putting the clean dishes away.

After she had finished, she took a deep breath and stepped outside, knowing she’d have to face Thomas sooner or later. She walked with purposeful steps toward the barn, wondering what tasks needed her attention. When she entered the barn, Thomas was there, tossing hay into the stalls. He looked up at her and quickly looked away without a word.

“Good morning, Miss Eliza.” He responded without looking away from his work.

“Fine,” she thought. She didn’t know whether to be disappointed or offended.
She left the barn, to check on Joanna and the chickens. When she arrived, Joanna was collecting eggs from the nesting boxes.

“Look how many eggs they’ve laid this morning, Eliza!” She exclaimed.

“Wow, they’ve really outdone themselves!” Eliza began helping her sister collect the many eggs, placing them in the pockets of their aprons. Once they were done, she asked,

“Have you fed and watered them already? They deserve a good meal after all this!”

“Yes! I did it first thing, they were very glad to see me!”
Eliza chuckled. “I’m sure they were!”

After collecting the eggs, they closed and latched the gate behind them and began walking back to the house. They were walking gingerly and giggling at the egg predicament, when they crossed paths with Thomas once more. “Good morning, Thomas!” Joanna greeted cheerily.

“Good morning, Miss Joanna.” He responded with a smile. He looked up at Eliza and nodded wordlessly.

“Joanna, go on ahead and take the eggs inside, I’ll be right behind you!” Eliza told her sister, who smiled and walked on. Once she was out of earshot Eliza turned her attention to Thomas. “Is there something wrong, Thomas?” She asked.

“No, ma’am,” he said. He was holding an empty bucket and turned to walk away.

“Is there a reason you’re not speaking to me, today?” She asked, following him.

He bent down to fill the bucket with water. “Just trying to do the job I’ve be hired to do.”

“Right,” She said. “Well, I suppose we didn’t hire you to talk, did we?” She said and turned away. She felt a little harsh for what she’d said but turned back to the house instead of admitting it, continued on toward the door. She wasn’t sure anything she’d don’t warranted his rather cool behavior, so she decided she wouldn’t apologize. She turned back, and he was walking away without a word. “I suppose,” she began “I should tell you that I’ve decided to take Mr. Perry up on his offer and accompany him to the city.” She watched as he stopped walking. He didn’t turn around, but his shoulders slumped, slightly.

Eliza turned around and rushed into the house before she said anything else she might regret.

It quickly became obvious to Eliza that she hadn’t given her decision much thought beyond wanting a reaction from Thomas. A wall seemed to have gone up between them overnight, seemingly because of what had almost happened. Just thinking about his eyes staring into hers, his hand brushing her cheek, ever so gently. She got a dizzy feeling in her stomach and pushed the thought away.

She hadn’t quite figured anything out, in fact. Life had seemed so perfectly content and slow until recently, then everything seemed to be happening so fast. And now she’d made a rash decision without thinking about it first. She was sure her parents would be disappointed.

Instead of continuing to linger on the thought, Eliza went about the house looking for things to do. Joanna was in her room playing, keeping herself company, so Eliza decided to once again venture to her parents’ room to her mother’s chest. This time she wasn’t looking for anything, just something to remind her of her mother, and to clear her mind.

The chest was filled with more dresses and mementos from Rose Alcott’s youth, and a few things from when her daughters were small. Sentimental was one thing Eliza’s mother was that her father was not. Arthur had many enduring qualities, but keepsakes hadn’t been his cup of tea. Rose was the keeper of the two.

Toward the bottom of the chest were some worn leather-bound books Eliza hadn’t seen before. She opened the cover of the most worn edition, and inside was her mother’s name: Rose Fitz. Fitz had been Eliza’s mother’s surname before she’d married Arthur Alcott. Eliza had stumbled upon her mother’s childhood journals.